I decided to scour the Internet for the very best iced teas that are not only low-sugar, but also go a step further and work to lower inflammation in the body—healthy iced tea recipes in every sense of the word. These recipes use fruit and herbs to sweeten them rather than refined sugar. Ready to quench your thirst and improve your health at the same time? Keep reading for the goods.

7 healthy iced tea recipes that fight inflammation with every sip

In Ayurveda, a holistic medicine practice from India, ginger is valued for its “digestive fire” because it boosts circulation in the body—the very trait that makes it such an inflammation-fighting superstar. In this recipe, it’s used to add a little kick to an Earl Grey-based iced tea. Mint, lemon, and a touch of honey round out the flavor profile.

Think of this as the iced tea take on the golden milk latte. Both drinks have the same healthy spice: turmeric, one of the most effective herbs at fighting inflammation on the planet. This iced tea also includes cinnamon, which helps keep blood sugar levels steady. 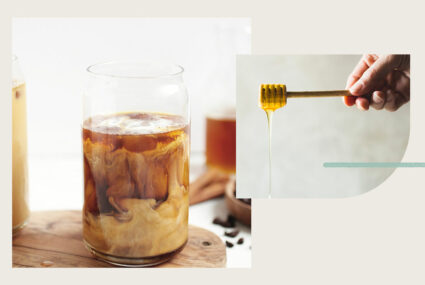 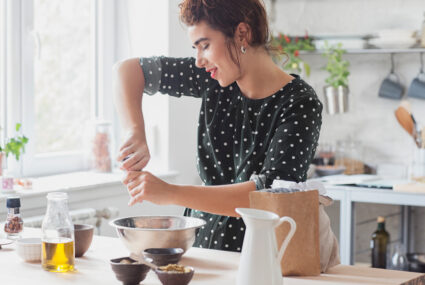 One of Mark Hyman, MD‘s favorite spices is rosemary because it’s linked to improving brain health, fighting off bacterial infections, helping prevent diabetes, and protecting the liver. In addition to all of these pretty stellar benefits, it also enhances the flavor of iced tea by giving it an unexpected (and delightful) pine-y taste. The addition of orange helps brighten every sip.

Traditional sweet tea could get in the way of a good night’s sleep thanks to the sugar and caffeine, but this recipe was crafted to work as a soothing evening drink. Chamomile teams up with pineapple for delicious sweetness and digestive support. As for the anti-inflammatory powers? You can thank the basil for that. It’s linked to lowering oxidative stress in the body.

This recipe utilizes a classic inflammation-fighting trifecta: cardamom, turmeric, and cinnamon. The combination of the warming spices in an ice cold glass hit just right. It’s also made with coconut milk, which makes the texture extra creamy.

Watch the video below to learn more about the health benefits of turmeric:

Even if your pantry is pretty bare, chances are you have everything you need to make this healthy iced tea. All it requires (besides water) is ginger, turmeric, and ground black pepper—it doesn’t get easier than that! The black pepper helps the turmeric be better absorbed in the body, so you can really reap its inflammation-fighting rewards.

Get the recipe: Ginger-turmeric iced tea

If you’re looking for an iced tea that’s more on the savory side, this is it. Sesame is such an overlooked ingredient for beverages, but its toasted, slightly nutty taste adds a completely unexpected layer of flavor. It’s also linked to lowering inflammation and being good for cardiovascular health.

Savor Freshly Baked Cakes From The Bakery In Patna

Enjoy 10 foods for a mood boost this winter!