Thermal cups are among the best-selling items during winter in China where drinking hot and warm water is regarded as part of a healthy lifestyle. So, for many people, carrying a mug full of hot water on the go is a very helpful daily habit.

Infusing different ingredients in hot water is also part of the Chinese water-drinking tradition, the things that are used to add flavor and boost the health benefits of water are not limited to tea — sometimes they can be a little bit bizarre.

Take pine needles as an example. The spiky leaves of the pine tree are actually edible and have certain benefits according to traditional Chinese medicine. The easiest way to consume pine needles is to infuse them in hot water to make a tea which is believed to help with high blood pressure and promote a healthy stomach. The tea is light green in color and has a gentle aroma. It can also be paired with lemon, jasmine tea and honey to improve the taste.

An important tip in making pine needle tea is to purchase the pine needles from TCM shops instead of picking them from the trees, which may contain more pollutants.

Honeysuckle tea is a herbal tea made with dried honeysuckle flowers that are considered to have the property of clearing heat and removing toxicity as well as improving immunity and lessening inflammatory conditions.

Honeysuckle tea is best prepared in glass cups to observe the shape and form of the flowers. Generally, two to three grams of dried flowers are used to make a standard cup of tea and it’s best to cover the cup with a lid so the fragrance stays in. The tea is ready in about three minutes. 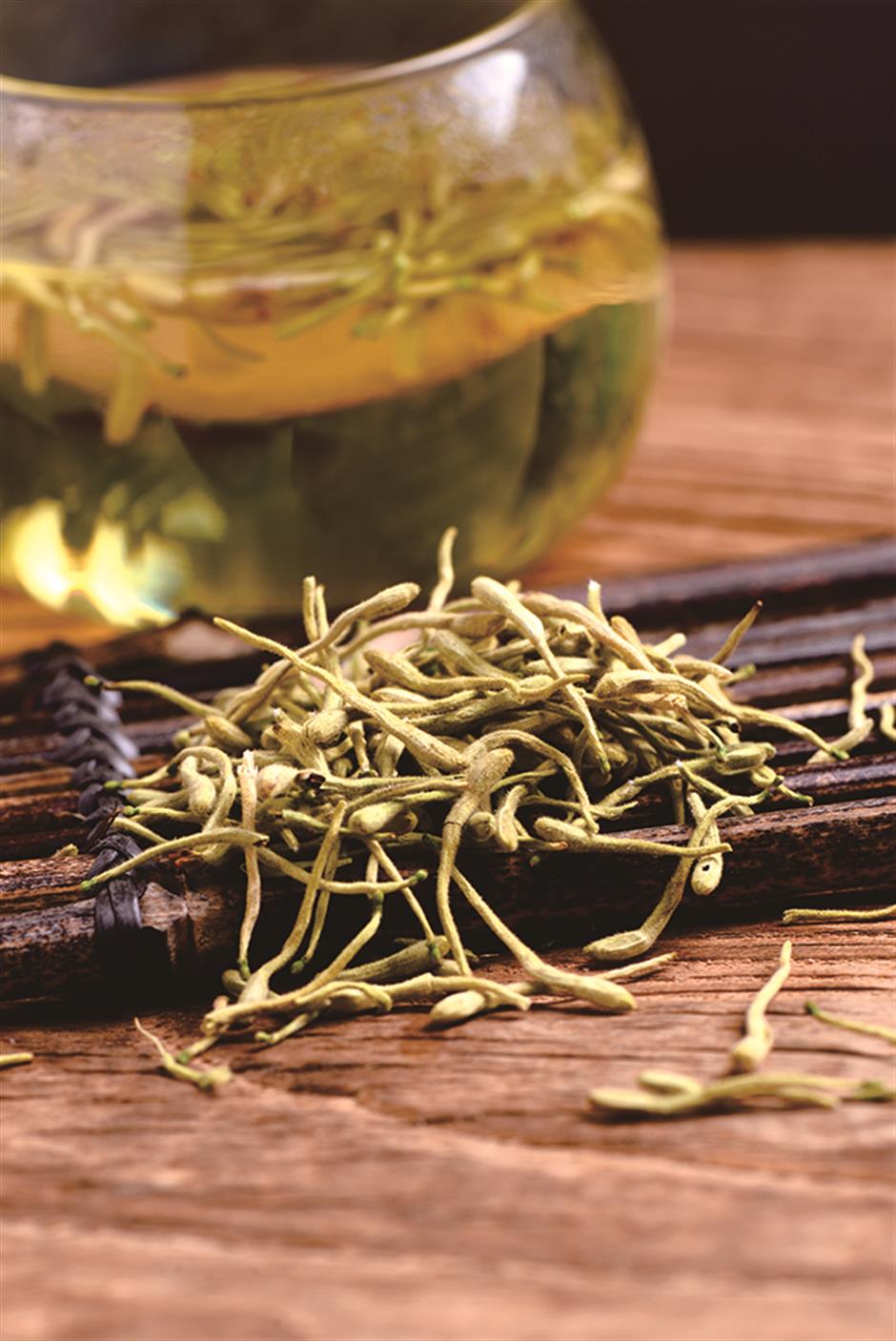 Hawthorn fruit, known as shanzha or hongguo in China, is a very popular fruit in the cold winter season, especially in Beijing, Tianjin and Hebei Province. The small and bright red haws, however, are extremely tart when consumed raw and few people can eat them directly without feeling their mouths puckering up and teeth numbing, so haws are mostly processed into snacks, jams and beverages.

Containing a significant amount of B-vitamins and minerals, haws are good for the heart and the dried fruits are used in TCM to aid digestion. Small slices of dried haws can be steeped in hot water to make a sour-flavored drink that boosts the appetite and helps with digestion. Ingredients such as jujube and goji berries are often added to balance the sourness. Dried haws, roses and jujube is a combination that can last longer in a thermal cup by refilling with hot water throughout the day.

You can buy dried haws at TCM shops or make fresh batches at home. After removing the head and tail of the haws, the seeds are also removed to leave a ring of the haw fruit that is then cut in half. Baking them at a temperature of 120 degrees Celsius for two and half hours will get rid of the moisture.

Because haws are very sour, it’s not recommended to consume the fruit on an empty stomach and eating too many haws may also cause discomfort.

Monk fruit, or luohanguo (Siraitia grosvenorii), is a sweet herb native to southern China. The round fruit contains a high amount of sugar and it can make a traditional tea with properties of soothing a cough and toning the lungs. There are different ways to prepare monk fruit tea. Some people would simply crack open the fruit and then infuse it in boiling water, while others may break it in smaller pieces and take out the inner flesh to make a clearer liquid.

Monk fruit and pear is a classic combo. They can be boiled or steeped in water to make a tasty beverage to help with the discomfort in the throat. The more complex recipe of brewing monk fruit with Pu’er tea, goji berries and dried haws can make a beautiful and warming beverage to serve guests in winter. 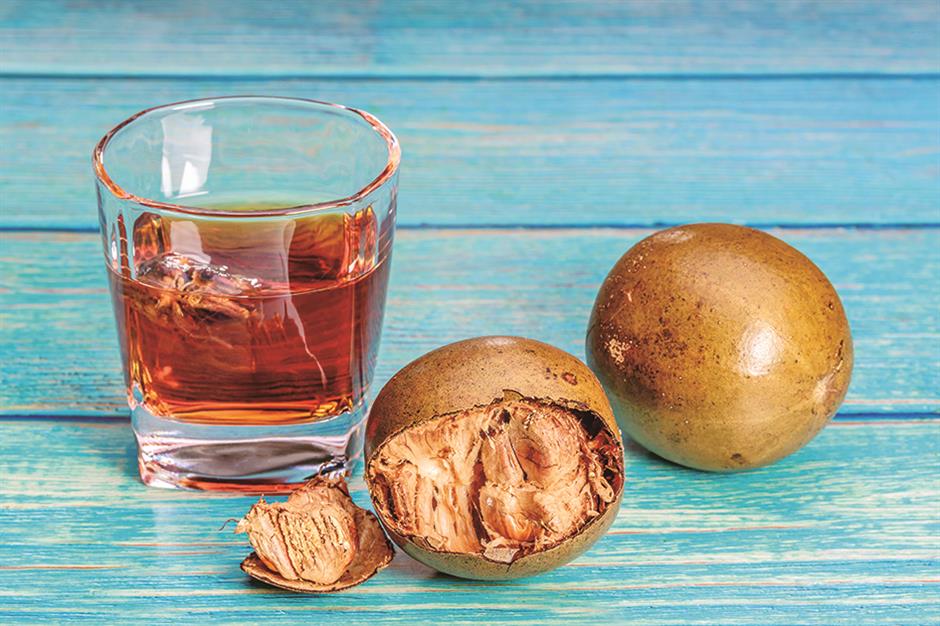 Lotus leaf tea is a popular option for people wishing to lose weight. The dried lotus leaves are steeped in water the same way as green tea and there are many ways to elevate the flavor by adding dried roses, jasmine flowers, dried longan and even bamboo leaves.

TCM ingredients ginseng and dangshen are also used to make tea in winter. They may carry a stronger medicinal smell and flavor. 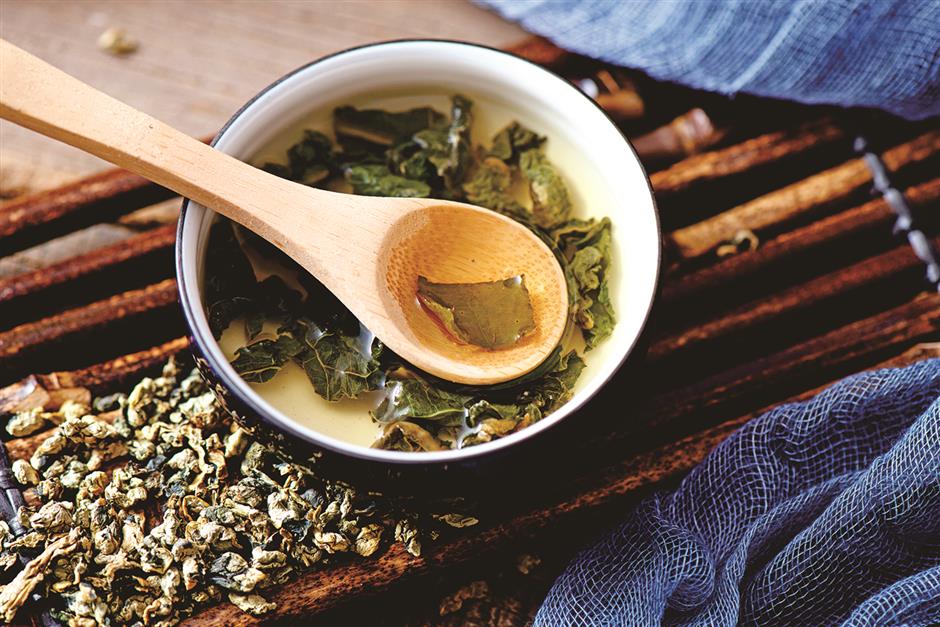 Believe or not, grain is not just used for making staple dishes to fill the stomach, but flavored waters that are quite tasty and healthy, too.

Red beans and Job’s tears, two very common and beloved bean and cereal grains in China, can make a long list of delicious dishes like pancakes such as red bean paste filling or Job’s tears congee. Together, they also make a classic flavored water highly regarded for its food therapy properties, particularly the ability to get rid of dampness and moisture.

The recipe is simple. Thoroughly rinse the same quantity of red beans and Job’s tears and air-dry completely, then bake them separately in a wok over a low heat without adding any oil until the Job’s tears turn slightly yellow and the red beans also darken in color and release the bean smell. Sit the grains on the side to cool and then seal in a glass jar. To enjoy this special tea, simply take a tablespoon of each ingredient and steep in hot water. The beverage has a light and delightful fragrance of toasted grain and bean.

You can also make the tea more luxurious by adding ingredients such as aged tangerine peel and brown sugar to boost a sweet and sour flavor.

Job’s tears alone also make tasty beverages that can be packed in thermal cups. After soaking the grains in water overnight, they are simply boiled in a lot of water to make a white colored drink. Honey or sugar as well as lemon are optional. The cooked Job’s tears also have a great chewy texture resembling the pearls in milk tea that make drinking water more interesting.

Toasted rice tea is a very convenient grain-based drink. The rice is stir-fried over a low heat until the color turns golden and then sealed in a container for later use. Brewing a small handful of toasted rice with boiling water can make a simple tea with a warm, toasty flavor that’s believed to benefit the digestive system.

Water cools down very quickly in the cold winter and making different teas can be a challenge. In addition to the thermal cups and mugs that are easy to travel with, yangshenghu, or health pots, are also more popular throughout the season. This kitchen appliance is a glass pot that comes with its own induction cooker that allows accurate control of temperature and cooking time. 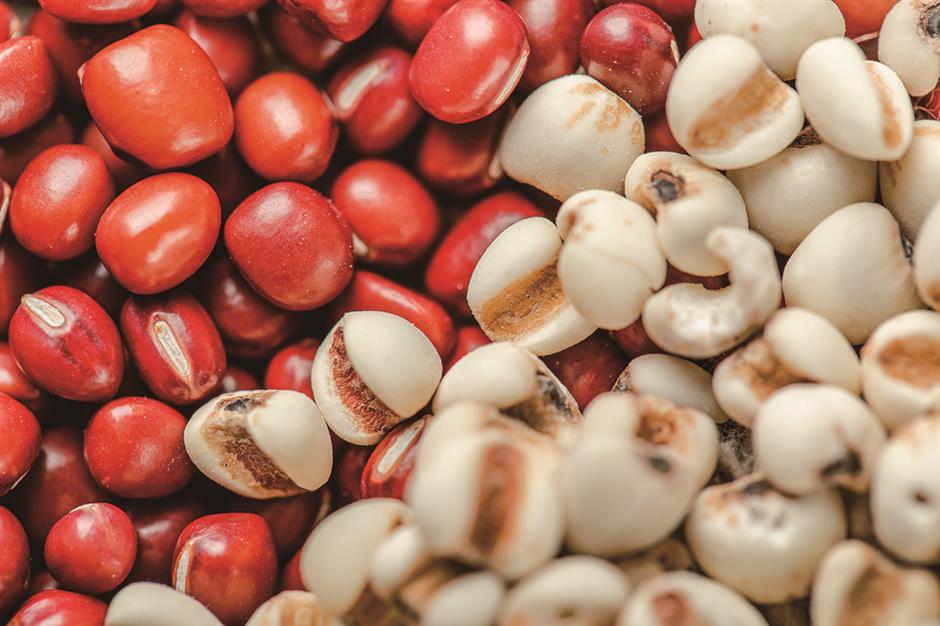 Everything You Need to Know About Cocoa vs Cacao